How Platooning Trucks Use LTE Communications 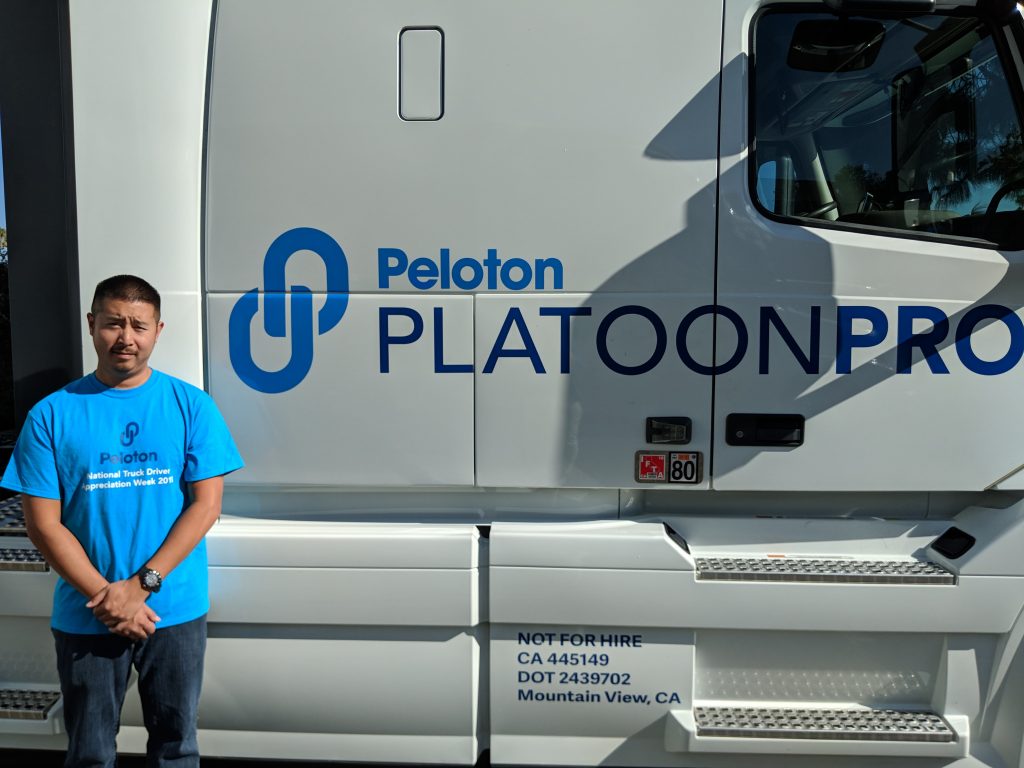 Truck platooning is a relatively new technology. Professional drivers often wonder, how different is it to be behind the wheel of a truck that’s actively platooning?

To answer that question, we went straight to the source: the experienced professional drivers who daily test the Peloton truck platooning system.

“There’s a misconception that you’re not really driving if you’re in a platoon, especially in the follow truck,” says Peloton test driver Derrick Loo. “The experience of platooning isn’t ‘less than’ non-platoon driving. Platooning is actually an additional skill to add to your professional driving capabilities.”

Truck platooning with the Peloton system can happen only if certain conditions are in place, including:

“Thinking about platooning before you’ve done it can cause some anxiety because you worry that you won’t be in control of your truck,” says veteran Peloton test driver Dave Mercer. “But that anxiety goes away really fast. Now I just push the [platooning] button and take my foot off the gas, and I’m alert. I don’t take my eyes off the road, and I don’t take my hands off the steering wheel. Everything is very calm, very smooth. I enjoy it.”

The benefits of platooning for professional drivers are typically listed as:

“I learned quickly to experience the safety aspect of platooning,” he said. “They told me that if you encounter a hazard on the road, a platooning truck can hit the brakes before a human has time to react. It still took the first time to test stopping distance, and see that what they said was true, for me to really believe it. But ever since that first time I felt the truck slam on the brakes before I even knew there was a problem, I’m a believer.”

Compared to his previous driving career, Loo says he appreciates working as a team with another driver. “We keep each other safe on the road, and it’s nice knowing we don’t have to spend all our time listening to the radio for company anymore,” he says.

As for the fuel savings, that’s not something the drivers necessarily experience first-hand. Still, according to Loo: “The environmental benefits of platooning are a pretty big deal. And it’s great to feel like you’re helping your company save on fuel costs.”

In the end, driving as part of a truck platoon is not that much different from driving a regular truck. For the skeptics who might see platooning as a threat to professional drivers, Dave Mercer can help set their minds at ease.

“Once drivers see for themselves that platooning performs the way it’s supposed to perform, I think they’re going to feel safer behind the wheel because of the added bonus of a platooning truck hitting the brakes prior to a human being able to react,” he says. “Drivers will understand platooning is not trying to take over their livelihoods. Once they figure that out, everything’s going to be good.”

Visit the Peloton website to get more information on how platooning works for drivers. 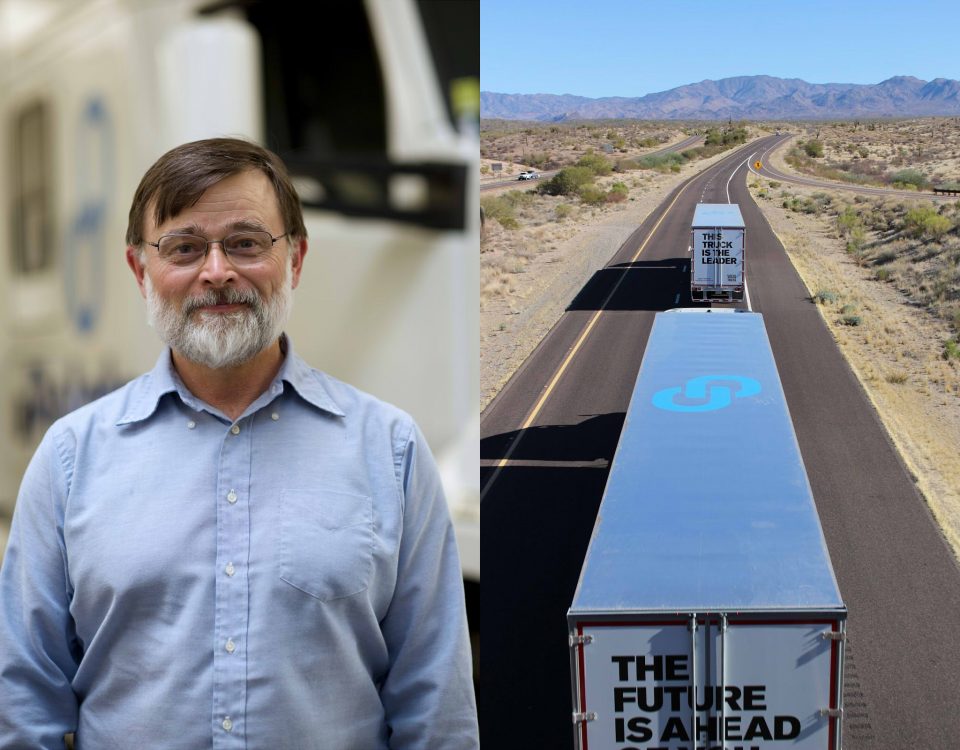